One of these four is our Player of the Month for February 2020. Please keep reading.

How does one get 20 hyperactive kids calmed down and quiet in a library? Our Player of the Month knows the answer. He’s a librarian. He gives them chess sets and boards. He sets them down to play. And suddenly, all is peaceful except over the boards where young minds vicariously do battle with friends and rivals.

Our Player of the Month is their role model and hero. He uplifts, mentors and inspires. He coaches openings, simplifies complicated middle games and develops disciplined approaches to the endgame. His young proteges eagerly attend every meeting. He introduces them to skittles, blitz and tournaments. For them, learning becomes fun. Their creativity and grades flourish.

He played his first rated game in 2003, when he was in his mid-twenties. His first experience resulted in a solid Class E rating. He steadily climbed up from there. In 2012 he tied for 2nd in the City Championship. Later that year he won the Region 7 Game 70 Open Championship. Today he’s one of the strongest Class A players in Corpus Christi and Texas (ranked in the 97th percentile for all Texans). He has an 80 percent win record over the past year.

Now he’s paying back. In 2018 he became a tournament director. He has credit for 20 tournaments as Chief TD. He is President of the Optimist Coastal Bend Chess Federation (OCBCF), an area tutor, and founder of Chess Core. He has the knack for recruiting volunteers.

You can see him in the photo. To the left is OCBCF Vice President Brian Claunch. To the right is Dr Bissell, Principal of Windsor Park Elementary. In the middle is Mahit Mallikarjunaiah, who swept the High School Section, of the 40-player Winter Classic, with a near-perfect 4.5/5 score. And there is our guy, holding papers and ensuring the right players get the right prizes they worked so hard for.

Johan Fjeld is making a difference for so many lives, and we at Texas Chess Association proudly salute him as our February 2020 Player of the Month. 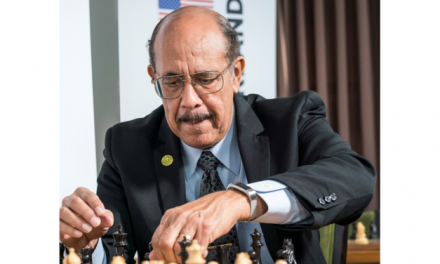 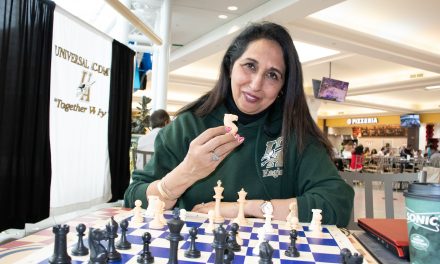 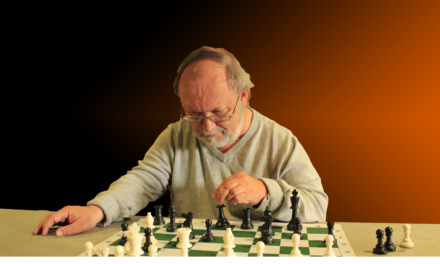