Our Player of the Month is a true ambassador of chess with a diplomatic range extending from the “Heart of Texas”, south to the interior of Mexico, and north to the hallowed halls of the famous Marshall Chess Club. He is a member of the Texas Chess Team, the Waco Hogs Chess Team, and co-founder of BRAZOS, the annual team match between the most serious chess players in the Heart of Texas.

He got his start like so many others, his 10-year-old daughter begged him to take her to the local chess club. She was a serious player and he quickly realized the best way to help her was by becoming a serious player as well. Twenty years later he is universally respected as the “Rock of Waco Chess.” For years he volunteered and served as the Club’s Treasurer and filled other officer positions as needed. Before the pandemic he coordinated with a local church for tournament space. He led other volunteers in bringing chess to Waco inner-city schools. At Brazos Middle School he mentored and coached as many as 25 scholastic chess players, five days a week, from 5:30 AM to 8:00 AM. Some of his proteges grew up to be Waco Chess Club and Waco Hogs team members. Out-of-town organizers are always told he is the guy to coordinate with before anything else.

His friends say he is one of the most intelligent people they ever met. In 2016 he authored a significant and insightful article, “Game of Kings” published in Texas Knights (https://texaschess.org/wordpress/wp-content/uploads/2017/07/Texas-Knights-May-Jun-2016.pdf) and on the Red River Shootout website (http://rrsochess.com/rrso_matches_14.html#KINGS). In his article he wrote the prophetic, “Why is the Texas vs Oklahoma Red River Shootout chess event limited to only one encounter per year? I would love to see Texas play Oklahoma every six months!” Soon after he became the BRAZOS Co-Organizer and did all the legwork for a suitable location. He served as chief recruiter and team captain for the first few years.

He is ranked in the 84th percentile for all Texas chess players. His hero is the late Bill Janes, a Waco-area player of renown in the last century. His favorite player is the eighth World Chess Champion and late Soviet-Latvian GM Mikhail Tal. Waco and Texas chess are better because of him. He recruits, mentors, and inspires. He goes above and beyond. For all these reasons, we at Texas Chess Association proudly salute John De Vries as our February 2021 Player of the Month. 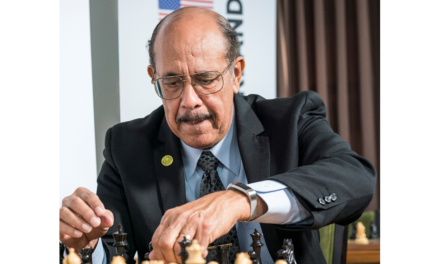 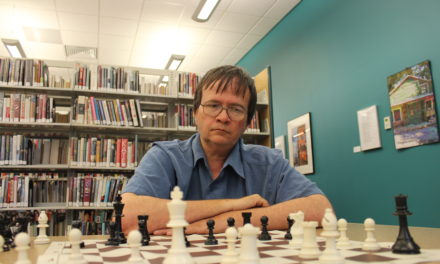