At age 12, our Player of the Month noted his Father using an Internet chess server in the evenings to relax. He gave it a try. His first results may not have been impressive (he achieved a rating of 0001), but he was hooked. He just couldn’t get enough of chess.

He studied hard and applied himself as a home school student. In high school years he shifted to public schools so he could play team sports. He became one of his city’s toughest players on the football field and over the chess board. He won several local home school scholastic championships. He is ranked in the 96th percentiles for Texas players and USA juniors. He is also ranked in the 90th percentile for all USA chess players. Probably his most satisfying victory was a win over a FIDE Master at the 2018 North-Central Texas State Scholastic Chess Championships.

Our Player of the Month’s passion extends beyond pushing pieces over a board. At age 16 he became one of the youngest Local Tournament Directors in Texas. He has credit for 49 tournaments as Chief Director, including several City Championships. He became his city chess club’s youngest ever board member. Other club officers marvel at his maturity, leadership and organization skills. If they had their way, he would still be a club officer, but he moved forward with his life after graduating from high school.

Today, our Player of the Month is in Junior College and his goal is an Entrepreneur Degree from the University of Houston. He pays back chess by mentoring and teaching young chess players. He plays OTB whenever his busy schedule allows.

He normally has no time to organize and direct tournaments. However, a couple of weeks ago life changed for all of us. Tournaments Nationwide were cancelled with barely a few minutes notice. He now studies at home. And he makes time to direct twice-weekly Chess.com tournaments for local players. He also publishes a series of informative chess videos on YouTube:

This is a remarkable young man of great destiny. Chess in the “Heart of Texas” is much better because of him. For all these reasons, we at Texas Chess Association proudly salute Daniel Guel as our April Player of the Month.

Photo by Eric Guel — in Waco. 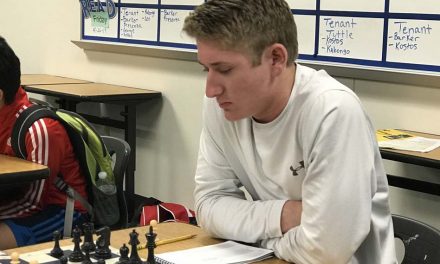 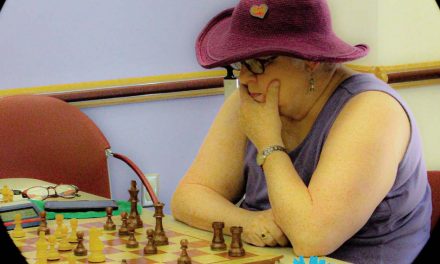