Texas Chess Association and the entire Texas chess community are shocked and saddened by the sudden loss of our good friend, David Harvey. David had a zest for life and a passion for promoting chess, especially for scholastic players. He was founder and President of Chargers Chess Academy, in Sherman, Texas, for fifteen years. He was a TCA Lifetime Regular member. He volunteered and served on the Bylaws Committee and was the Region III Scholastic Rep for many years. Our hearts and prayers go out to his family. As soon as funeral arrangements are known we will post an announcement on the TCA Facebook page. His closest friend, Region III Director Rob Jones, has this to say:

“It is my sad duty to a gentleman that quickly became my dear friend in May of 2006 when he attended my Denton Sunday Frolics tournament (yes David, upon research, you are again proved correct – this was where we first met! – not your regular coffee house tournaments in Sherman), and soon blossomed into a wonderful partnership in organizing youth chess events that has spanned almost fifteen years has passed to join his Lord and Savior, Jesus Christ.”

“My children, Jaimie and Jace, in many ways “grew up” in chess with David’s son Tyler. David’s organization of and financial support of many girls scholastic events played a key part in both of their growth in chess. I remember the Van Alstyne Open (November, 2006), DFW High School Championships (Nov-2006), over a dozen “BAM” and Sherman Open events, North Texas Scholastic Teams Championships (with John Osoinach), many Books-A-Million tournaments, school tournaments directed at Foster Elementary, Universal Academy, Sloan Creek Intermediate School, and many more. In all David directed 216 chess tournaments, including the 2016 Region III Championship which he also organized in Sherman. David was a key part of the incredible Scott Watson Memorial High School Scholarship Tournaments and the North American Telugu Societies’ Youth National Championships, during his amazing career.”

“David was also a highly devoted chess teacher who was always first and foremost looking out to do that which was best for his kids growth in chess. And YES, they were his kids-I think they were always first in his heart.”

“Last, David was an Army veteran, serving as a military Chaplain’s Aide in Europe. David officiated at the funeral of our beloved friend Kenneth Austin, another DFW Chess Organizing Legend a few years ago. Time and again, when called upon, David was there for those who needed him. Always kind, compassionate, and loving. I will miss him greatly.”

“I will be speaking with David’s son Tyler about the funeral/memorial arrangements the family has created. At this time, I do ask for prayers for his family as they deal with this time of tragedy.”

“It has been my honor, and joy to know and work with David A Harvey.” 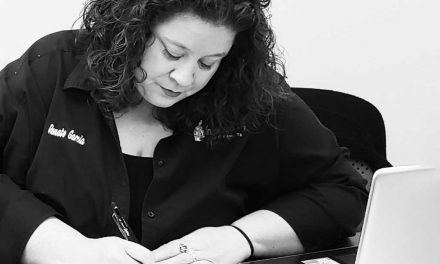