Congratulations to GM Gilberto Hernandez, who scored 6 out of 7 to win clear first place at the 2007 Texas State Championship. This is the first Texas Championship title for Hernandez, adding his name to the prestigious list of past winners. The Championship Section games were broadcast live on the Monroi website – a nice touch that will hopefully be repeated at future events.

The Amateur Championship saw a three-way tie for first place with Leo Bonnell, Alexander Steger, and Arthur Safin all finishing at 6-1.

On Saturday, 105 players competed in a separate K-12 scholastic event. Alexander Jiang scored a perfect 5-0 to win the Open section, while Richard Ay and Nick Zarosky both notched 5-0 scores to tie for first in the U-750 section.

Special thanks to Luis Salinas, Francisco Guadalupe, Rob Jones, and Barb Swafford, for their hard work in organizing and running the event. 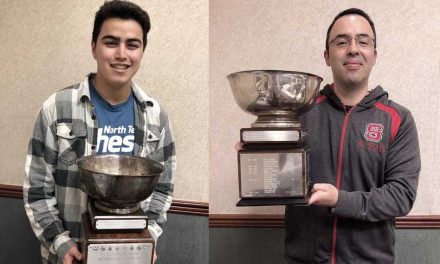 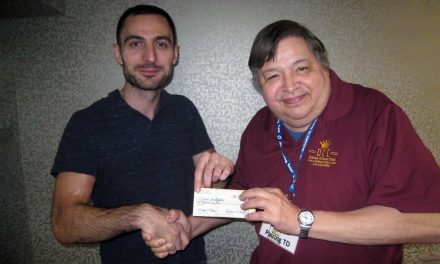