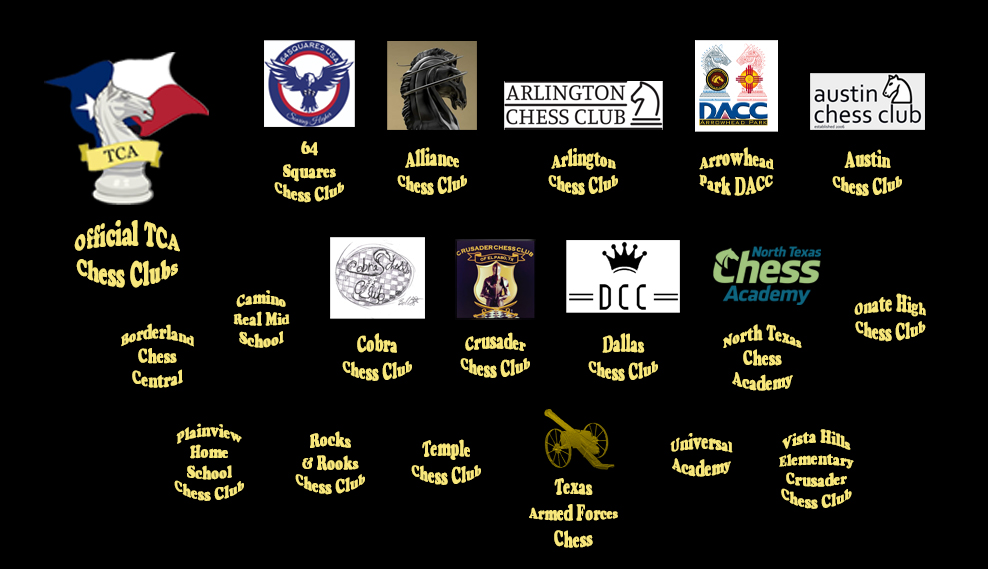 At the end of December 2019, Texas had 113 US Chess affiliates, but only two TCA chess clubs. By the end of February the number of TCA chess clubs increased to eighteen with Plainview Home School Chess Club being the latest edition.

During the September TCA Membership Meeting, pricing versus benefits for individual clubs were considered. With no printed Texas Knights it appeared the cost was too high and benefits too low for Texas chess clubs. The decision to combine lower pricing with increased services and promotion produced immediate results when the program was kicked off in January.

The price to become an “Official TCA Chess Club” is now only $10. Previous cost was $25 and $40 for Foreign Clubs. Scholastic Chess Club price is unchanged. Sponsors must be current TCA members.

On Facebook, TCA Chess Clubs enjoy increased exposure and promotion for their tournaments. Meanwhile the TCA Webmaster greatly improved our website’s design (second time in two years and he won an award from Chess Journalists of America the first time). Club sponsors can now fast-track tournament announcements, results, reports, and photos directly to the website.

For clubs using this new system, tournament results will appear on the front page of the TCA website under “What’s Happening in Texas Chess”. Send summary and photos to texaschessweb@gmail.com 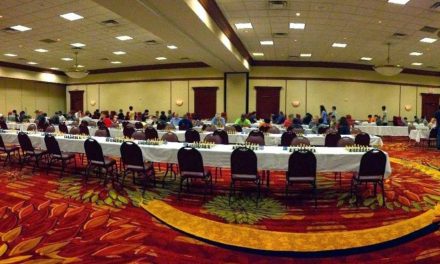 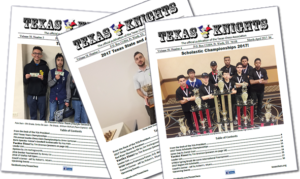 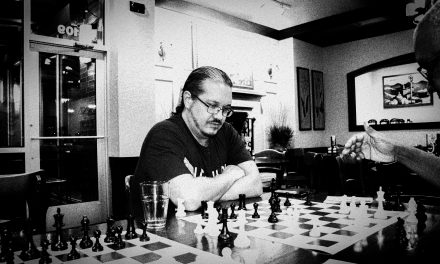 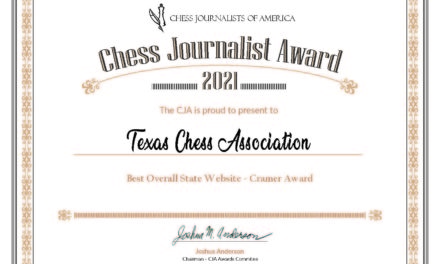