Dallas, Texas has an impressive chess history! Today Texas has the most US Chess members of any state, strong collegiate chess teams and a world class player living right in Dallas. However, did you know that Dallas played host to an elite tournament as far back as 1957?

The Dallas 1957 tournament was conceived to mark the 100th anniversary of the American Chess Congress (won by Paul Morphy). It was to be held at the Adolphus Hotel, formerly the tallest building in Texas, and invited eight world class players from seven countries.

Notice in the article to the left that the second alternate for the event was a young ‘boy wonder’ named Bobby Fischer!

The event was held at the Adolphus Hotel in downtown Dallas. The 22-story luxury hotel was built by Adolphus Busch, founder of Anheuser-Busch. The Adolphus still stands today, over 100 years old, and is a venue like no other in Dallas. Former guests of the Adolphus include Presidents Harding, Carter, Reagan and George H.W. Bush as well as Queen Elizabeth II.

Now to the chess…The world of chess had a new champion in early 1957, Vasily Smyslov, though he would only hold the title for one year. There were under sixty Grandmasters in the world, mostly from the Soviet Union. Therefore, it is noteworthy that no Soviet players played in Dallas 1957. David Bronstein applied for a visa and was denied.

The Dallas 1957 tournament was competitive throughout and only in the final two did rounds the winners emerge…American Samuel Reshevsky and Svetozar Gligoric of Yugoslavia! Both Grandmasters scored 8.5/14 to clinch the double round-robin event.  They drew both games against each other. Larsen and Szabo also shared the lead during the early rounds but faded late.

The winners, Reshevsky and Gligoric, took home $1,750 ($16,308 adjusted for inflation!) each and enjoyed a nice cake in celebration!

The Dallas 1957 Tournament was characterized by the beautiful venue, a diverse group of masters and high-quality chess!

In true Texas style an even stronger elite tournament was held fifteen years later down I-35, stay tuned for my next report… 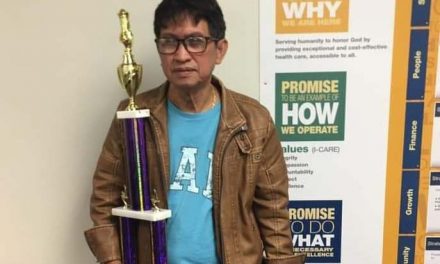