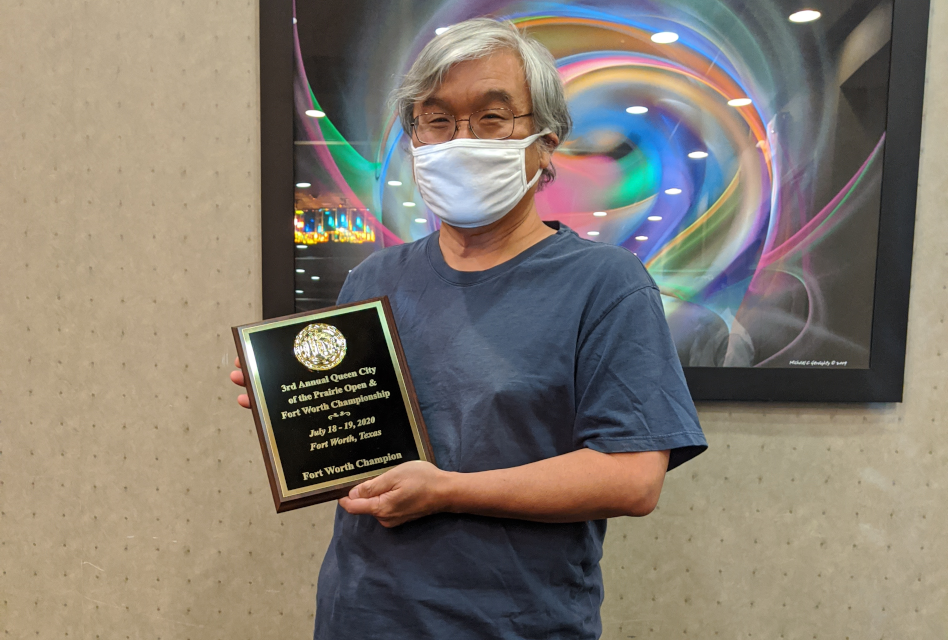 In addition to the cash prizes available to all players, a title plaque would be awarded to the top finishing Fort Worth resident. Five Fort Worth residents were among the 29 player field vying for this honor in the Open section.

After uncharacteristically dropping a piece in round one and suffering the resulting loss from it, eventual FWC winner Curtis Fukuchi, stated after the tournament, “I thought I was done for.” However, he would be paired head-to-head with White against fellow FWC contender, 2019 Alliance Chess Club Champion, Thomas Chryst for round two. This would be one of only two head-to-head pairings between competing FWC rivals in the tournament, and a win would help to solidify either player’s position in the championship standings.

At this point, Black could not overcome White’s overwhelming advantages and threw in the towel. Certainly this was a well fought game which could have been won by either player. Congratulations to Mr. Fukuchi on becoming the 2020 Fort Worth Champion; we certainly hope to see you back again next year!

Additional coverage of the 3rd Annual QCP Open and FWC was made possible by Texas Knights contributor Dr. WIM Alexey Root, PhD who not only competed in the tournament for her third consecutive year, but also wrote two articles about it. Thank you Alexey! 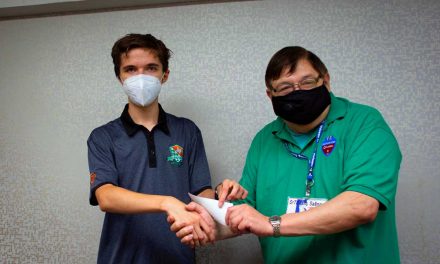