On March 8 – 10th, 124 high school students competed in the 2019 Texas State Scholastic Championship in Houston, Texas.  After five rounds, Sam Rose (1984) found himself on board 2 with black, facing NM Bovey Liu (2362), the highest rated player in the tournament and the 2016 U.S. Junior Open Champion.  Normally, a Class A player would feel trepidation having black against such a strong and accomplished National Master in a must-win situation.

Both players had 4.5/5 points and were tied for 3rd place with two rounds remaining.  However, Sam felt confident playing his specialty, the Caro-Kann Defense, against the Master.  This was in large part due to Sam’s work with his coach, NM Michael Richards, on absorbing the positional play of Tigran Petrosian and Aron Nimzowitsch.  The result was a “cat and mouse” positional game that is instructive and inspirational. 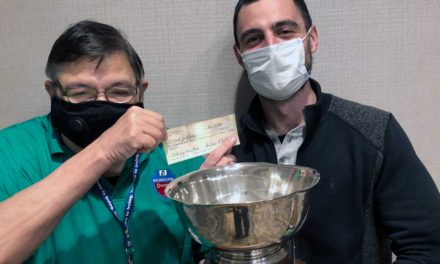